Music artists coming to Brisbane and Australia are continually on the rise.

Over the last decade Brisbane has collaborated with residents, communities and projects to make locations like Fortitude Valley be named “the envy of a nation”.

Statistics were released through a government funded sub-site of the ABS stating 9 in 10 Australians thought arts were an important part of education.

These statistics shows the changing landscape of music, particularly in Brisbane where more artists continue to visit and perform in the riverside city.

One of the recent guests to put on a show in Brisbane was Kanye West, a famous performer from the US.

Another recent show that helped a group of artists to band together and perform in Brisbane is the annual Brisbane Festival.

Brisbane Festival comes around every September to celebrate many mediums of culture.

Notable acts that have become either popular in mainstream media or have a strong niche following included The Kite String Tangle, Midnight Juggernauts and Dune Rats.

Com Truise, a New York based DJ attended the festival as well and made his first trip to Australia.

You can find the audio here to the interview with Com Truise or why not check out the full review or the full interview article at The AU Review on the experience for a much tidier transcript.

Here’s a snippet of our chat with Com Truise.

When asked about his expectations of Australia Com Truise jokingly replied, “Kangaroos.”

Com Truise said “I tried to go in with no expectations [of Brisbane]”.

He had attended Fortitude Valley during his stay.

The Valley contributes greatly to the uprising music scene in Brisbane.

In the map below you can see the suburb is a cluster of music venues for touring performers and locals alike.

“The Valley routinely attracts 50,000 patrons on Saturday nights, when only 5000 people live in the entire suburb,” a local report in the Sydney Morning Herald found.

Philip Johnson, a Brisbane resident and enthusiast of culture from QUT hailed Brisbane for its rise of underground music acts.

He said, “Brisbane is a fantastic venue and it’s great to see it getting its glory,”

“Everyone in Brisbane should be taking the initiative. QUT is hosting it’s own Battle of the Bands this Thursday for example. I don’t think there are many universities that can boast directly promoting Brisbane’s underground music scene.”

Mr Johnson advised the future of music appreciation in Brisbane will continue.

“From an economic standpoint mainstream artists no longer attract funds because young people tend to pirate their music. But individual, intimate performances by indie or underground artists for a lower price are more attractive, and thus becoming more popular.”

A lesser-known project that was launched on September 6th just before Brisbane Festival is the BNE Project.

Trans:Com is an independent record label in Brisbane. To celebrate 35 years of underground music they started with a timeline of all the artists and their tracks.

Under the name The BNE Project they have released a hardcover book with 260 tracks from over 140 artists and bands operating between 1979 and 2014. 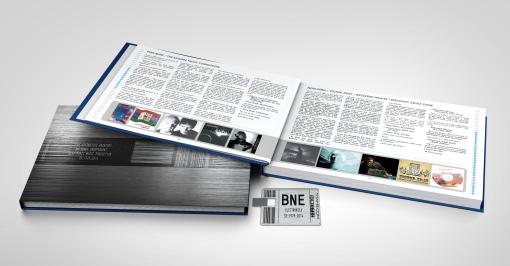 There is also an online collection of all the tracks found on iTunes.

To celebrate the rise of music in the Brisbane community all proceeds from package releases will be donated to the  Brisbane Lord Mayor’s Charitable Trust, which aims to help marginalized communities in Brisbane.

You can also donate directly to the Charity Trust by following this link.